Con. Karma. Qismat.: The Scam That Made My Life

A bestselling author, struggling to find a plot for his new novel, decides to write about the dark dungeons of technical support - the industry in which he started his career. But unlike the story he is writing, he doesn’t feel in control of his own life - thanks to his failing love life and unforgiving orthodox parents. Nevertheless, he is adamant on finishing his book, no matter what.
The protagonist of his book, Aarush - a sales representative, in no time, makes millions by delivering fake subscriptions and minimum IT support to American citizens. The golden boy’s flourishing con invites grave danger. He quickly lands in prison on false charges of international money laundering when two corrupt cops get a whiff of his operations.
...And so starts an unmatched dangerous game of vengeance and greed. Is an escape from the clutches of karmic backlog possible or does Qismat have something dark planned for them? Find out in this tale of unusual twists, broken hearts, and lost morals. 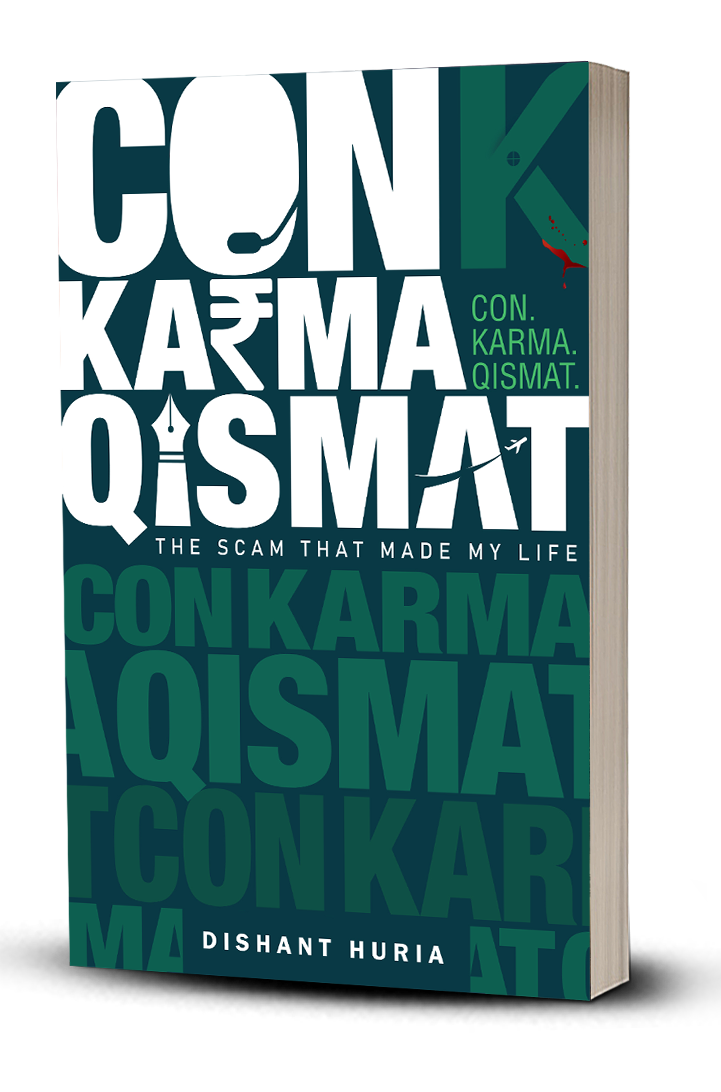 
When Karma Goes Upside Down

By day, Aarush is struggling to get admission in a reputed college for his Master’s degree; by night, he is a technical support man working in a call centre. His lady love plans the most unexpected surprise gift on their fourth love-anniversary – a break-up! In trying to accept that she is gone, he bumps into several girls and an older woman who fascinates him no end. Will she be the anchor he has been waiting for? Or is this also a part of his never-ending quest to understand love, relationships, career and friendship? Moving to a new city, finding new friends, getting beaten by the police and experimenting with life in general – he does everything. Join Aarush as he tries – by hook or by crook – to find a way into love and happiness When Karma Goes Upside Down.

Aarush Ridhima and Jewellsa are bypassing the Bridge from teenage to adulthood, the Journey of three Characters submerge when Aarush's childhood love Ridhima who ones betrayed him takes Admission in his college, however it may be too late for them to hook their strings again as Jewellsa and Aarush by now are on the verge of a romantic relationship (Jewellsa), a fellow student in her Batch.

Aarush is now in a constant battle of flip flopping his emotions Just when he fails to pass the exams in his college due to which he might have to repeat the first year in college, not willing to accept this decision imposed by university he arranges a series of protest against the university followed up by a court case , which strangely brings Jewellsa and Aarush more closer to each other but then letting go Of Ridhima after all the effort she had been making for them is not something he can easily shrug off, also after a series of actions Aarsuh is now a fairly popular student in the university which comes with it's own challenges and political wrath. After winning the court case and finally expressing her feelings to Jewellsa, one fine day at annual function of the university Aarush ends up getting in a blood bath with a group of students, which does not go unnoticed by college administration and he is suspended from the academic sessions.

Utterly disappointed by the way he handled these situations and failure in her relationships, Aarush ends up committing suicide. Leaving Jewellsa and Ridhima in a strange unknown strange territory, Tired After the incident shaped up, both the girls with a little reluctance decide to go on a spiritual pilgrimage together and on their Journey, they meet A spiritual leader also Known as""Cobra man"" by many.

Will both the girls find the solitude they seek, or will they develop a destructive pattern of living, is what you discover in the end.